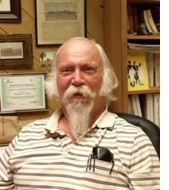 May 23, 2015 (Lemon Grove)--On hand to tell how and why on June 4 at 7 p.m. in the H. Lee House Cultural Center will be historian Robert P. Case and his riveting lecture, "A Tale of Two Cities," the story of the San Diego and San Francisco expositions in 1915.

In the centennial year of Balboa Park, this visual lecture is a must-attend for in-depth understanding of the dynamics of 1915 and why the San Diego exposition buildings lived on to become a spectacular public park, while San Francisco's exposition was destined for the ash heap of history (save for the remains of one glorious Beaux Arts building near the bay).

Personable and engaging, Robert Case is the long-time president of the Spring Valley Historical Society and Principal Investigator of Case Archaeological Consulting. His historical research has centered on Native American tribes, the history and folklore of East County, and numerous development issues for local, state and federal agencies.

The H. Lee House Cultural Center, 3205 Olive Street, Civic Center Park, is flanked by free parking on-street and in the park.  "History Alive" is suitable for ages 14 and over. Videotaping of "History Alive" is made possible by a Community Enhancement Grant from the San Diego Board of Supervisors on the recommendation of Supervisor Dianne Jacob, District 2. Ancillary costs of the series are underwritten in part by the Mary England Endowment for Education.