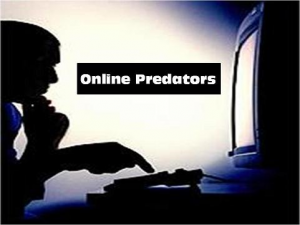 December 23, 2017 (El Cajon) – “The internet has enabled endless positive opportunities for time saving applications, navigation and access to news and information that could never be possible without it.  But it also provides access for predators to monitor and interact with unsuspecting juvenile and adult victims,” says Lieutenant Rob Rainsweiler with the El Cajon Police Department. “In this case, an El Cajon Police Detective was able to locate these two suspects who were using the internet to arrange to have sex with what they believed was a 13 year old girl.  They arranged to meet her at a hotel in El Cajon where they were contacted and arrested. “

Both men have been booked into San Diego Central Jail on charges of an attempted lewd or lascivious act on a child under 14 and conspiracy to commit a crime. Mansour is also charged with contacting a minor with the intent to have sex.  The arrests were made December 21sst at 11:45 a.m. at 550 Montrose in El Cajon.

Lt. Rainsweiler states, “We would like to take this opportunity to remind parents to be involved in their children's online experiences.  Even with the Federal COPPA laws, their best internet safety is a parent. If you suspect that someone your child is talking to on line is trying to lure your child into a sexual act, please contact the police department.”

Prisoners have a special hatred of child molesters, Amer and Salman will have a tough time in prison.