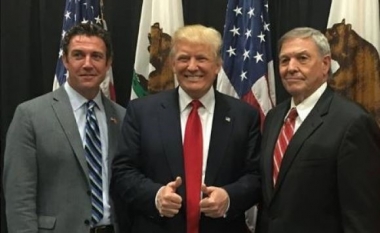 Vape store owner Molly Sylvester was the sole donor living in the 50th Congressional District, contributing $2000 to the five-term Congressman’s re-election effort in the last three months of 2017. Other support came mostly from San Diego-area residents outside the district, D.C. lobbyists, and out-of-state political action committees.

Hunter’s District was supposed to be one of the safe ones for Republicans in 2018. The Cook Political Report gave the GOP an 11-point advantage going into the year. Hunter won re-election by more than 75,000 votes in 2016. Republicans continue to hold a 44-28% registration advantage in the 50th.

Duncan Duane Hunter inherited the seat from his father, Duncan Lee Hunter, who mounted a failed campaign for President in 2008. The half-serious joke in political circles is that many voters didn’t realize Dad retired after 14 terms.

Now Duncan D. is in trouble.

The FEC and then The San Diego Union-Tribune began questioning Hunter’s campaign spending on apparently-personal purchases including video games and tuition for his children’s private school in April 2016.

Since then, he has reimbursed his campaign more than $60,000 for personal, mistaken and inadequately documented expenditures, including oral surgery, a garage door for his home and trips to Hawaii and Italy.

In August 2017, an FBI search warrant for the offices of Hunter’s campaign treasurer became public, shedding light on federal investigators interests including any evidence of personal spending of campaign funds and a possible bank fraud scheme involving video game purchases. 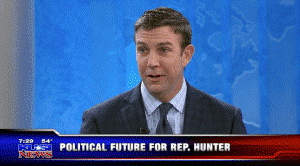 A federal grand jury is reported to be looking into the Congressman’s finances. A copy of a subpoena served at a business in Hunter’s congressional district and issued by the U.S. District Court in San Diego was obtained by the UT.

Hunter denies any claims of criminal conduct. In early January, he appeared on a local morning talk show to blame individuals in the Department of Justice for intentionally delaying the resolution of the investigation into allegations concerning misuse of campaign funds.

In the week following Congressman Darryl Issa’s decision not to run for re-election in the 49th Congressional District, there were reports he would emerge in the 50th to challenge Hunter.

[Editor's note:  Republican contenders who have declared their intent to run include Andrew Zelt, a Sergeant in the Sheriff’s department running on core conservative values, and Shamus Sayed, a moderate Republican business owner. Both say they’re running to restore ethics to the office.]

Here’s the Union-Tribune’s Michael Smolens on what happened next:

Following a wild string of developments, the Alpine Republican several days ago felt compelled to say something that seemed a given: He’s running for re-election.

This came amid scuttlebutt that he was being pressured not to run by influential Republicans and a rumor just over a week ago that his exit from the race was imminent.

“I am 100% running for re-election and with continued support from those in my district and the full endorsement of the Republican Party of San Diego County,” Hunter said in a statement on Jan. 11. “I have run every race with full effort because my constituents deserve no less and this time is no different.”

Two strong Democratic opponents have emerged in the supposedly Ruby Red 50th, and both outraised Hunter, accord to reports filed with the Federal Election Commission. 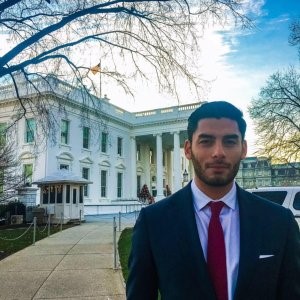 Ammar Campa-Najjar, a former Obama administration official with an impressive grassroots campaign, raised $176,181.35 and reported $298,989.07 in cash on hand at the end of the fundraising quarter. He has swept all local Democratic club and progressive group endorsements, garnered significant labor support, and is expected to win the statewide party’s nod after receiving 97% of the delegate vote during a recent regional conference.

Josh Butner, a retired Navy Seal with solid connections to traditional Democratic donors, raised $104,302.99 in the last fundraising quarter and reported $276,694.15 in cash on hand.  Butner is also a trustee on the Jamul-Dulzura Union School District board.

Democrats need to flip 24 seats nationwide to retake the House of Representatives and believe they have 14 opportunities to do so in California.

Indivisible groups in Duncan Hunter’s district have been active over the past year, staging weekly rallies in several locations, and funding a billboard reminding voters of the criminal investigation. 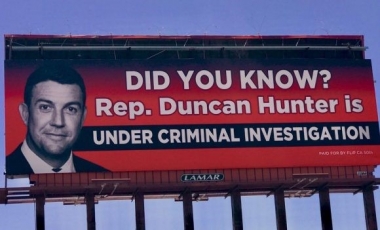 In December Indivisible CA50 began a 3-week series of meetings at various district locations, allowing participants to vote for their preferred Hunter challenger. Ammar Campa-Najjar passed the two-thirds threshold needed and was formally endorsed by the group on December 21st.

Here’s a snip from an Escondido Grapevine report:

American flag waving, poster board hoisting demonstrators chanted “This is what democracy looks like” and “Duncan Hunter please take note; we can see how you vote,” as several speakers decried Hunter’s criminal culpability and votes to raise taxes on his constituents and end ethics investigations into his admitted use of campaign funds for personal expenses, a felony.

Flip CA 50th raised $7,500 to display a new billboard telling voters that Hunter is under criminal investigation. As a grand jury hears evidence this month on Hunter’s campaign finance troubles, CA50 voters will be educated about their congressman’s ethics, according to Indivisible leaders.

Who would have thought a year ago that both of San Diego County’s Congressional districts represented by Republicans would be up for grabs? I certainly didn’t.