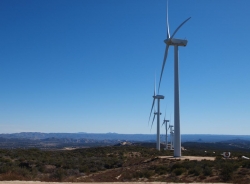 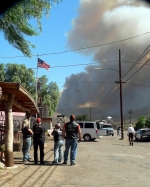 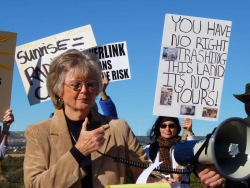 July 24, 2011 (San Diego's East County) -- I applaud the UT for setting up a citizen’s editorial board.  In many ways you’ve achieved a diversity of views ethinically, racially, and politically. But there are some glaring omissions.

There is not a single voice representing East County, rural residents,  fire survivors, nor environmental protection interests in the backcountry.

It’s particularly unbalanced to have SDG&E represented on the board, with no one to speak for rural East County folks negatively impacted by the company’s actions.

These include Sunrise Powerlink , at least 166 fires caused by SDG&E lines in  6 years, and SDG&E’s proposed power shut off plan to rural areas during high-risk fire conditions. SDG&E  dropped 2  15,000 pound towers during construction,  violated federally protected no fly zones around eagle nests, and broke a promise made to the people of Lakeside to camouflage towers in a scenic view corridor.  Shouldn’t those affected have an equal voice?

People in rural East County have many other issues far different than those living downtown or near the beach.  Proposed general plan impacts will affect these communities dramatically. Also, rural areas face development proposals that threaten their rural quality of life—including not only housing developments, but massive wind farms killing birds and causing some rural residents to complain of health impacts.  Vast swaths of Cleveland National Forest are being opened to energy development and several more wind farms are proposed in East County.

I would suggest you add Laura or Milt Cyphert to your editorial advisory board.  They are residents of Lakeside’s El Monte Valley, an unincorporated community, lost their home in the Cedar Fire, and they cofounded the East County Community Action Coalition, which has 79,000 members and is fighting the Powerlink in court. Laura is an elected planning group member in Lakeside.

Another choice to consider is Donna Tisdale, chair of the Boulevard Planning Group. Her area of jurisdiction has several wind farms proposed and other major projects that would alter the rural character of communities. She has been leading legal battles to block massive projects ranging from the Campo Indians’ proposed landfill to the wind farms and Sunrise Powerlink.

I look forward to hearing how the UT plans to address the lack of rural representation, as well as provide balance to SDG&E’s influence on your board.

IMPORTANT MESSAGE TO READERS:  The Union-Tribune has indicated in the past that it publishes editorials in proportion to the number of letters it receives on an issue.  If you wish to make your voice heard on the lack of East County representation on the UT editorial board, contact jeff.light@uniontrib.com.