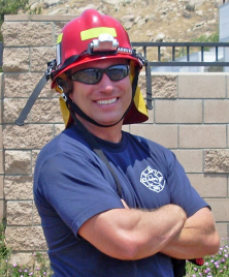 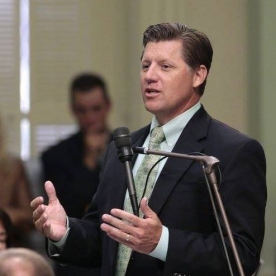 Jones, who declared his candidacy in 2017, has raised seven times more in campaign donations in a recent nine-month reporting period than his rival. In the June 2018 primary, Jones drew nearly 60 percent of the vote in the heavily Republican district that spans from Lemon Grove to Fallbrook, from Borrego Springs to Alpine and includes most of eastern and northern San Diego County. The massive 38th District, with nearly 1 million residents and covering about 30 percent of San Diego County, encompasses eight municipal cities, including Lemon Grove, Santee, La Mesa, El Cajon, Poway, Escondido, San Marcos and San Diego’s Scripps Ranch community, as well as the communities of Lakeside, Ramona and Julian.

According to recent registration data, the 38th District is solidly Republican: 40 percent of voters are registered as Republicans, 29 percent as Democrats and 25 percent as having no political party affiliation.

For Griffith, the challenge is to attract independent voters while motivating Democrats to turn out and vote, as well as by highlighting healthcare, wildfire safety and emergency response times among his core campaign planks.

Jones, 50, served eight years on the Santee city council followed by three terms (2010-2016) as a state assemblyman in the 71st District, which includes much of East County and parts of southern Riverside County. Jones returned to the Santee city council in January 2017 to fill a vacancy created when Santee’s mayor, Randy Voepel, was elected to the Assembly and left his office early. Jones has lived in the 38th District since 1978. He attended Santee Elementary, Cajon Park Middle School and Santana High School, and earned a bachelor’s degree in business administration.

While serving in the state Assembly, Jones was as a pro-business, fiscal conservative. He served as vice chair of the Assembly Business & Professions Committee, and a member of the Appropriations, Budget Subcommittee on Health & Human Services, Legislative Ethics and Joint Legislative Audit committees. He led legislation that eased burdensome regulation on the state’s manufacturing industry, allowed craft brewers and distillers to add jobs and expand business opportunities and protected state agencies from frivolous lawsuits. Jones received lifetime “A” ratings from the National Federation of Independent Business for his voting record on business issues as well as high marks from the Howard Jarvis Taxpayers Association and California Taxpayers Association. Jones became known for his series of social media videos that exposed government fraud and waste, as well as ludicrous proposed legislation. The videos featured Jones stating “You’ve got to be kidding.” His theme as a state senate candidate is “Make California Golden Again.”

“I’ve been an outspoken supporter of pro-jobs policies, government reform, and lower taxes,” said Jones. “My voting record in the Assembly shows that I’m a strong fiscal conservative and advocate for a smaller, more responsible government. As a State Senator, I will continue to be the conservative voice this district deserves. Sacramento has become so dysfunctional and there will be great opportunity in the upcoming years to reshape the government of California and to restore common-sense principles. I look forward to having a seat at the table to help right the ship.”

Griffith, a Democrat, has 30 years of experience as a firefighter and paramedic currently serving as a Cal Fire captain in Riverside County.

“I’ve been fighting to save lives and protect people my entire adult life,” says Griffith, who is also an elected member of the Palomar Healthcare District board.

He says he wants to address concerns raised by residents in inland San Diego county such as supporting state legislation to improve ambulance response times in rural areas, improving protection from wildfires and power outages. He also says he would support actions to protect rural and mountain residents from frequent power outages during high fire danger times, such as looking at undergrounding power lines in areas with frequent intentional outages and also hardening lines to withstand high winds as is done in hurricane prone regions.

He pledges to fight for better access and affordability to healthcare and supports universal healthcare for all Californians.In addition he wants more done to help firefighters suffering from PTSD. He also says he wants to help the middle class and bring jobs to the region, and he has criticized Jones for not passing major bills which in office and accepting contributions from "special interests" such as the oil and insurance industries.

A key area of disagreement between Jones and Griffith is over climate change. Jones has opposed California’s landmark bills to reduce greenhouse gas emissions and is a climate change skeptic.

Griffith says, “A big part of why fires are getting so big is because of climate change….If nothing is done, it’s only going to get worse.” He wants to see public policy “driven by science” and would use cap and trade funds in part to remove dead trees in forests that contribute to rapid spread of wildfires.

“I’m fighting for the fact that I like to have clean air, clean water,” says Griffith, but adds that it’s important not to overregulate small businesses that “drive the economic engine of our state.”

He has an associate’s degree in social and behavioral science and an EMT-Paramedic license from Butte Community College in Oroville. He is running on a platform of improving public safety and greater fire protection, as well as health care for everyone and addressing student debt. Griffith, 50, has lived in Escondido since 1995.