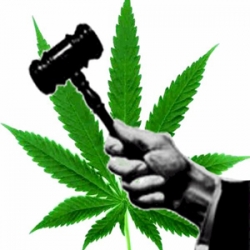 March 23, 2015 (Otay) –The City of San Diego’s first legal marijuana dispensary is now open for business.  A Green Alternative is located in an Otay Mesa strip mall near the Brown Field airport.

The area is zoned commercial and the nearest “residence” is a prison, nearly two miles away.

The owner is David Blair, a business teacher at San Diego State University.  The dispensary obtained a permit after the Planning Commission rejected an appeal from a drug abuse prevention advocate.

City law allows up to four medical marijuana dispensaries in each council district.

While both the County and City of San Diego have licensed legal medical marijuana dispensaries, albeit years after California voters approved medical marijuana, voters and councils in East County cities have thus far rejected all proposals to make medical marijuana accessible within their city limits.

I worked near there for years. It's a long drive for most people . They offer delivery service so that's good.