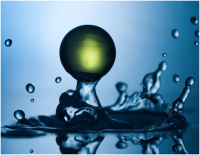 The District took this action following a proclamation by Governor Jerry Brown, in March of this year, in which he announced an end to the state’s official drought.  Governor Brown made this announcement as the result of significant increases in statewide rainfall and mountain snowpack levels. Weeks later, Southern California’s primary water wholesaler, the Metropolitan Water District of Southern California, also declared an end to the water shortage. The San Diego County Water Authority (Water Authority) adopted a similar resolution on April 29, 2011.  Under the Water Authority’s Shortage Allocation plan, the District and all other Water Authority member agencies were given an eight percent reduction in their water allocations.

Since the enactment of the District’s Level 1 Shortage Response Plan, overall water usage has declined by 19 percent.  Through the end of May, 2011, the District is on target to use 25 percent less water now than when the Plan was adopted, which is well below the water Authority allocation.  The reduction in water usage is due to cooler than average seasonal temperatures, above average precipitation, the conservation efforts of the ratepayers, the District’s use of recycled water and, most notably, the higher cost of water in a struggling local and national economy.

Despite pumping restrictions on water coming from the Sacramento – San Joaquin Bay Delta and some uncertainty related to imported water from the Colorado River, the state’s reservoirs are nevertheless nearing capacity and the Department of Water Resources has announced it is able to deliver 80 percent of requested deliveries.  With existing supplies and increased availability, along with conservation becoming a part of life, residents of Southern California are estimated to have at least two years of water in storage.

While ending the District’s Water Shortage Response Plan, the Board urged residents to continue conserving water as we move into the warmer summer months.   Though water restrictions have eased, the cost of water will continue to remain high as water wholesalers are faced with the growing cost of importing water from Northern California, falling water sales and limitations on lower-cost supply options from the Colorado River.  Additionally, water wholesalers are investing in maintaining and developing capital improvement projects while exploring alternative, local water sources for the future.