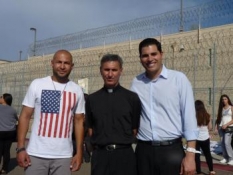 November 22, 2015 (San Diego’s East County) - - -Our August 2015 radio shows are now online!  You can listen online now (sound files may take a minute to load). For links to listen to the shows plus a full list of topics and interviews in August, click here and scroll down.

Audio links to listen to shows are at the bottom of this page, below the index of shows.

Night out against crime

Juveniles can have crimes reduced

Supervisors back limits on drones

Hearts and Hands needs a hand

(note, our Aug. 21 show did not air due to technical difficulties and was aired on Aug. 24 instead)

Newsmaker: Dan Jaregui, "Boltman" and attorney James Quinn on a possible anti-trust action to keep the Chargers in town