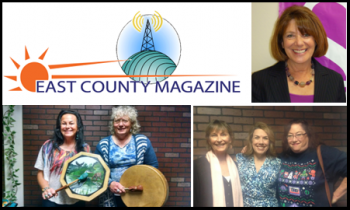 Our January 2016 radio shows are now online!  You can listen online now (sound files may take a minute to load). For links to listen to the shows plus a full list of topics and interviews in January, click here or scroll down.

Our newsmaker interviews included Congresswoman Susan Davis, Windwalker and the MCW (Grammy nominees), the founders of Camp Onward, and Steve Lauria from California Health Network.  Hot topics included  new laws in 2016, the presidential primary, a lawsuit over Covert Canyon, a felony charge against a local Superintendent, a police shooting in El Cajon, wild winter weather, and much more.

Audio files to listen to shows are at the bottom of this page, below the index of shows.

Raiders may come to San Diego

Note: All shows also include station IDs and closing credits.