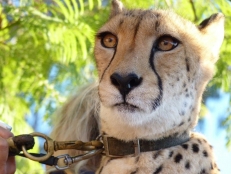 November 27, 2014 (San Diego’s East County) – Our October radio shows are now online!  You can listen online now (note sound files may take a minute to load). For links to listen to the shows plus a full list of topics and interviews in October, click here and scroll down.

We spoke with top newsmakers including Congresswoman Susan Davis, many candidates for local offices (note: we invited ALL candidates in races we covered to be interviewed), authors, a theater producer, a mother who started the EP Save-a-Life foundation after losing her own son, the founder of Angels for Haiti, a Water for Children Africa spokeswoman on a new technique to derive drinking water from air, an executive from the East County Boys and Girls Clubs, and a Comic Fest organizer, among others.  We also went on location--covering events from the Jacumba Hot Springs Centennial to a Ramona benefit to save wild cheetahs. Plus we had news stories on many more hot topics.

You can listen to the East County Magazine Radio Show live on KNSJ 89.1 FM on Mondays, Wednesdays and Fridays at 5 p.m. and reruns airing Tuesday and Thursday at 9.a.m. and Saturdays at 8 a.m.

Audio links to listen to shows are at the bottom of this page, below the index of shows.

Apple crop down in Julian

Chickens recalled due to listeria

Horse auctions to be held by County

Rep. Hunter claims of ISIS at the border questioned

Bookshelf: Kirk Lee Aeder, author of Child of the Storm: How an Angry Young Man Formed a Bond with the Sea and Changed our Lives Forever

SDSU teams up with county on disaster retweet program

Party with the Press event

Newsmaker: Rhina Paredes, EP Save a Life on free heart screenings for youths