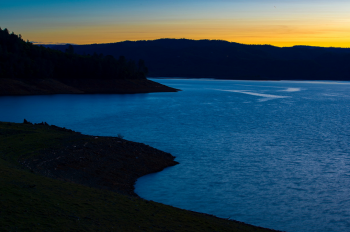 But groundwater levels in some areas remain low, so the state will maintain some restrictions on water use to encourage conservation. Brown did not lift the drought order for Fresno, Kings, Tulare and Tuolumne Counties, where wells went dry and some residents continue to rely on trucked-in emergency water supplies.

Residents are asked to continue avoiding wasting water by hosing off sidewalks or watering lawns during or shortly after a rainstorm.

“The next drought could be around the corner,” Brown said in a prepared statement.

Mandatory 25 percent cutbacks in water allotments had earlier been lifted for urban water districts that had at least a three-year water supply in reserve.

Meanwhile the Sacramento Bee reports that state agencies have revealed a long-range water conservation plan that will ask all 410 urban water agencies to set and attain their own new targets based on local climate, geography and other factors. Agencies will have until 2025 to comply.

The winter rains resulted in a Sierra snowpack 61% above normal, with some reservoirs full and the rainy season not yet over. A new storm is set to hit the San Diego region this weekend.

Locally, some reservoirs are now brimming. Lower Otay is at 98% of capacity,  Lake Murray 84.5%, and San Vicente Reservoir, where the dam height was recently raised, is at 80.2%.

Even three reservoirs long drained down to meet San Diego’s drinking water demand are now rebounding:   Barrett Lake is at 35.5% capacity,  Lake Suthernland 44.1%, and Lake Morena 9.2% -- still low for the latter, but enough to reopen the East County lake for boating.