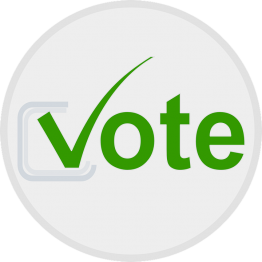 March 28, 2016 (Sacramento) - The petition signatures of more than 15,000 voters have been delivered to California Secretary of State Alex Padilla in support of resolution ACR 145 asking his office to provide an additional, nonpartisan “public ballot” so that all voters ­ regardless of their political affiliation or non­affiliation ­ can cast a vote for the candidate of their choice in the June presidential primary election.

This week, co­sponsoring legislators of ACR 145 and representatives of the Independent Voter Project (IVP) will testify before the Committee on Elections and Redistricting in support of the resolution and make the case that taxpayer funded primaries should serve people, not political parties. Legislators supporting the resolution include its co­authors Assemblymember Kristin Olsen (R­-Modesto) and State Senator Anthony Cannella (R-­Ceres) and co­sponsor Assemblymember Tom Daly (D-­Orange).

Specifically, resolution ACR 145 would direct the Secretary of State to continue to distribute partisan primary ballots to Democratic and Republican voters but would also allow for the creation of a nonpartisan “public ballot” for voters who either can’t or don’t want to vote in a political party’s primary election to express their opinion in the presidential primary. Citizens supporting the resolution have been encouraged to add their names to the IVP­-sponsored petition online at PublicPrimary.org.

“This is about fundamental fairness and the protection of every Californian’s right to vote,” said Dan Howle, co­chair of the Independent Voter Project. “If Californians are funding these primary elections with public funds, then every Californian should have a voice in the election process for the most important political office in the country.”

“The fastest growing voter segment in California are those citizens registering as “No Party Preference,” said State Senator Cannella. “It’s clearly discrimination when the state bans voters from an equal right of participation in public elections. These unaffiliated/independent voters need an equal and meaningful way to express their choice in presidential candidates.”

“We firmly support the right of political parties to determine who can and can’t participate in their private nomination process,” said Assemblymember Olsen. “But we also believe the state shouldn’t be in the business of disenfranchising voters who’ve chosen to not belong to a party from voicing their opinion in the presidential primary.”

Under California’s statewide elections law, voters can choose to vote for any candidate, regardless of the voter or the candidate’s party affiliation. However, for the presidential election, only Republican voters can vote for Republican candidates, and independent voters (called “No Party Preference,” or “NPP” voters in California) can only vote for Democratic, Libertarian, or American Independent candidates and only if they actively request a ballot for these parties.

Voters who want to vote for a Republican candidate have to register as a Republican within fifteen days of the election to do so. Resolution 145 asks the secretary of state to exercise his authority to ensure that California voters get to vote for the candidate of their choice whether or not they register with a given political party.

If the resolution is adopted, the parties would not be required to allow non-members to participate in their nomination proceedings when selecting their party nominee for president, but may consider the results if they do choose. The resolution only asks the secretary of state to create a ballot that would open the process up more to independent voters who want to participate, but also don’t want to affiliate with a political party.

Over the last two years, IVP has led a coalition of nonpartisan organizations and seven individual plaintiffs in a lawsuit challenging the constitutionality of New Jersey’s closed primary system, that allows only Republican and Democratic party voters to participate, despite the state’s 47% independent voter registration. As court precedent stands today, a voter must join one of the two qualified political parties in that state as a condition of gaining the right to vote during the primary election.

IVP says it will will challenge this legal requirement in other states as part of a long­term strategy to protect the rights of every individual voter, regardless of their party affiliation or lack thereof.

Assemblymember Olsen: “But we also believe the state shouldn’t be in the business of disenfranchising voters who’ve chosen to not belong to a party from voicing their opinion in the presidential primary.” ....The whole primary system is bogus. There are more independents in the country than there are Repubs and Dems, AKA tweedledum and tweedledee (Ralph Nader). In fact despite hatred of the two parties, the two parties have labored to prevent third party election involvement. Read Nader's "Crashing the Party" to learn how the R's and D's at the state level enacted restrictive requirements for other parties to get on the ballots -- certain color paper for petitions, etc -- which is anti-democratic.