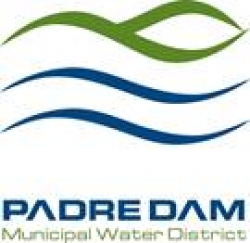 March 8, 2014 (Santee) – Padre Dam Municipal Water District Board Member Doug Wilson has been appointed by the San Diego County Water Authority Board of Directors to serve on the Colorado River Board.

“Director Wilson brings a wealth of industry knowledge to the table and I am confident he will work for the best interests of Padre Dam customers and all of San Diego County,” comments General Manager/CEO Allen Carlisle. “The current drought conditions impacting California’s water supplies, including the unprecedented zero percent water allocation from the State Water Project, reminds San Diego County about the importance of a diversified water supply, which includes water from the Colorado River.”

“I am honored to have the opportunity to represent San Diego County’s position on the Colorado River Board. The water industry faces many new supply and legislative challenges today and I look forward to the opportunity to represent San Diego County in discussions about the rights and interests in the water and power resources of the Colorado River System,” comments Board Member Doug Wilson.

Wilson was elected to the Padre Dam Board for a four-year term, beginning January 2011.  He currently serves as Padre Dam’s Board Treasurer.  Wilson was appointed to serve as Padre Dam’s representative at the San Diego County Water Authority beginning in January 2011. He served as General Manager for Padre Dam from July 2006 until his retirement in December 2010.  Prior to the General Manager position, he served as the Director of Finance for nine years following eight years of service as an elected member of the Padre Dam’s Board of Directors.

Wilson is a Certified Public Accountant and served six years on the faculty of San Diego State University.  He has a bachelor’s degree in Business Administration with an emphasis in Accounting from California State University Northridge.