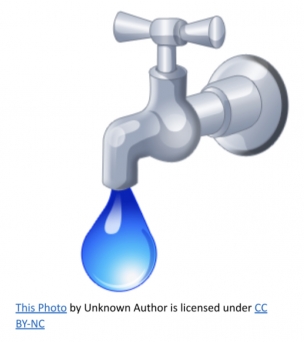 August 9, 2021 (Santee) -- Starting this week, customers of the Padre Dam Municipal Water District who pay their bills late will incur late fees and if nonpayment goes for more than 60 days, customers could have their water shut off.

Last month, the district that has about 100,000 residents in Santee, El Cajon, Lakeside, and several other East County communities, approved reinstating fines and resuming shut off of water service to customers who haven’t paid their bills and made no arrangements with the district.

Padre Dam said during the pandemic it offered payment plans, and worked with many customers to help them get through difficulties during times of financial stress. But the agency also said that the shut off prohibition and suspension of late fees was temporary, and that customers were responsible for paying for the services they received.

According to a recent district newsletter sent to all customers, as of last month there were about 400 accounts that are more than 60 days past due. But over half of the $528,000 in outstanding debt is from 20 accounts. The average amount past due is $630, the agency said.

While Padre Dam’s staff considered postponing reinstatement of fines and shut offs a few more months, the elected five-member board determined to bring back the fines to avoid having this happening before the holidays.

“We understand that there is never a good time to reintroduce late fees and water shutoff. However we have an obligation to follow the law and protect the financial security of the community’s water system,’ said Allen Carlisle, CEO for PDMWD.

Board President Doug Wilson said at the July 7 meeting that the water district is prohibited by state law (he cited Proposition 218) from subsidizing the service for some customers by other customers.

Director Bill Pommering said it seemed as if the 20 largest debtors are not only taking advantage of the district, but of all the ratepayers.

Director Suzanne Till, who was elected in November 2020 and represents Division 2 (there are five divisions in the district) cast the sole no vote against reinstating the fines. She said given the prospect of having heat waves in August and September, the most humane option was delaying the reinstatement for a few months.

“We’re not just a business; we’re a government agency,” Till said. “If we have heat waves in August and September, this will cause a lot more problems for families. I’m going to stand with the kids.”

At Padre Dam’s Aug. 4 meeting, Bonnie Price, president of the East County Democratic Club, asked the board to rescind the fine/shut off reinstatement, and help residents who are facing financial problems with filling out appropriate forms to obtain financial help from the county or federal government.

Janet Garvin, a Santee resident, also spoke out against the fine reinstatement, saying the pandemic is still surging, and many families are still hurting, and shouldn’t be worrying about the possible shut off of their water.

Wilson noted Price’s given address is Spring Valley, which is not in PDMWD’s jurisdiction, and that board members can’t respond to the comments because the issue was not on the Aug. 4 agenda.

McChesney said the board’s action and effective dates are in line with what other water agencies have done, and that some agencies did not stop charging fines during the pandemic, and others reinstated late fees months ago.

At Helix Water District, its board instituted a temporary moratorium on late fees and shut offs in March 2020, and then aligned with the Governor’s order that was extended. Like Padre Dam, Helix reinstated late fees effective Aug. 1, and shut offs effective Oct. 1.

Spokesman Mike Uhrhammer said Helix also partnered with Home Start, a local nonprofit, to administer its Helix Helps Customer Assistance Program, which offers a one-time credit of up to $300 for those suffering financial stress due to the pandemic.