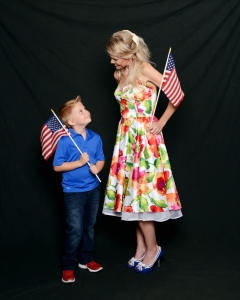 June 3, 2018 (San Diego’s East County) – El Cajon resident Kristin Cohn, who attended Valhalla High School, was recently crowned Mrs. San Diego Woman of Achievement 2018. Her platform is titled One Nation one heart. A few months ago, she had noticed a video that was circulating via the Internet and showed a little boy that was very sad when his deployed father was not going to be able to make it home for his birthday. This really hit a nerve in Cohn as she realized that not only does the stress of a deployed parent affect the member of the military and the spouse but also the amount of stress it places on the children left at home.

She discovered a non-profit called Operation Gratitude and decided that she wanted to make a difference by supporting the organization. Operation Gratitude sends care packages as well as letters from home to military deployed overseas, veterans, First Responders and even children whose parents are deployed.

Cohn reached out to all local schools, asking other students to write letters to be put in these care packages. While she was hoping for just a few, the response was overwhelming. Letters started pouring in by the dozens and emails were flooding her inbox from teachers whose students had written letters.

In today's society, we hear so much about the Next Generation and a lot of it can be very negative,” Cohn says. “The letters these children have written are beautiful, well thought-out and full of inspiration. These children poured their heart out in these letters and truly showed how caring as well as kind these kids truly are.” 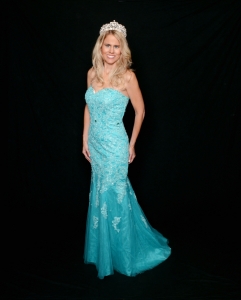 “We are currently up to well over 300 letters and don't see that stopping anytime soon,” says Cohn.

On June 30th, Operation Gratitude will be hosting a drive to collect supplies to put in the care packages as well as a teddy bear drive for the children on June 30th. To participate, or if you have some items to donate please email babyblu42001@gmail.com.  They will send you a list of items needed as well as location information. “Together, as a community we can only show support but truly make a difference,” Cohn concludes.