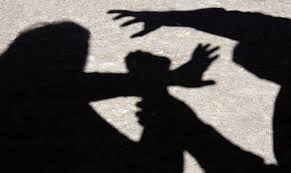 December 8, 2010 (El Cajon)—A 15-year-old girl was abducted from the Wal-Mart at 13487 Camino Canada in El Cajon on Monday December 6th, San Diego Sheriff’s Department reports. Parolee David Lascelles has been arrested for allegedly using a gun to kidnap the victim, then drive her to Fiesta Island, where he reportedly raped her.

According to the SHeriff's office, he later dropped his victim off in Alpine. She reported her crime to the Sheriff’s office and the Sexual Assault unit from the Santee Sheriff substation responded. Following an investigation and positive identification by the victim, Lascelles was arrested yesterday afternoon by the Fugitive Task Force at 1255 Imperial Avenue in San Diego.

Lascelles was booked into San Diego County Jail and is charged with kidnap to commit rape, forcible rape and other sexual assault related charges. He is being held without bail and on a State parole hold.

According to 10 News, the suspec had been living in his car for some time.  It is unclear what he was on parole for, however he is not listed on the Megan's law directory of sexual predators.