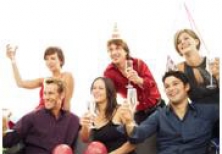 June 30, 2014 (San Diego)--The Fourth of July is a time for fun and celebration for the entire family. This holiday weekend, there are several options for getting safe rides home if you plan to party hearty.  Tipsy Tow offers free rides home (up to seven miles away).  Another service, be my Designated Driver, offers low-cost driver and pickup services.  Or consider taking a bus or trolley to your destination.

Also be aware that the San Diego County Sheriff's Department will be holding increased driving-under-the-influence (DUI) patrols by deputies across the county beginning on Thursday, July 3rd through Sunday, July 6th.

Deputies will also take part in a DUI checkpoint on Saturday, July 5th from 7:00 p.m. to 3:00 a.m. at an undisclosed location within the city of San Diego to help keep drunk drivers off the roads.

"I cannot stress this enough: don't drink and drive this Fourth of July weekend," said Sheriff Bill Gore. "By doing so, you put your life in danger, as well as those of other drivers on the road. Remember: Drive sober or get pulled over!"

If you do drink, be sure to have a designated driver ready or call a taxi.

Here are some more sober rider options for the Fourth of July:

• Be My Designated Driver: http://goo.gl/9JBt9g

Driving Under The Influence, It's Just Not Worth It. Watch the Sheriff’s public safety video on the high price of drinking and driving by following us on YouTube: http://goo.gl/erWWn.  To watch a video on the Drive Sober Or Get Pulled Over campaign, go to: http://goo.gl/jEGJPK.

This Fourth of July weekend, be aware of San Diego County's "Social Host" ordinance. Anyone caught serving alcohol to a minor will be arrested and booked into jail.

You can report underage drinking to the Sheriff's Department by calling our non-emergency line at (858) 565-5200. You can also learn more about your responsibility as a "Social Host" by visiting: