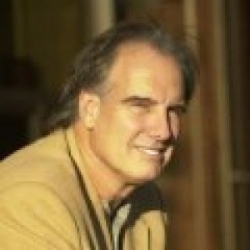 September 30, 2014 (San Diego)--Douglas Holbrook, a San Diego attorney, KNSJ radio host, and past president of Activist San Diego, has died of heart failure that occurred while driving over the weekend. He is survived by his two daughters and a two-year-old granddaughter.

Holbrook co-hosted the “Talk of the Town” show on KNSJ, along with Mike Aguirre. Aguirre has advised KNSJ that he plans to continue hosting the show.

He was also a faculty member at San Diego State University and the University of San Diego, teaching political science and business law. In addition, he had served on the San Diego Crime Commission and the Attorney General's Consumer Protection Task Force.

A litigation attorney in private practice, he specialized in criminal law and domestic violence cases. He received his law degree from Thomas Jefferson School of Law and practiced law for the past 34 years.

Holbrook had a passion for politics. He co-founded the Coalition of Independent Voters for an Informed Constituency, seeking to engage independent voters who had become apathetic and disenfranchised by the major political parties. He ran for San Diego City Council’s District 8 seat in 2005, when he likened himself to Abraham Lincoln: “an honest lawyer with a vision for how the business of government ought to be run.”

Holbrook organized a Comedy Writers of San Diego group and also wrote about the history of Golden Hill, where he lived in a historic home designed by Irving Gill.

Martin Eder, founder of Activist San Diego, which owns and operates KNSJ Radio, issued a statement after receiving news of Holbrook’s passing. “This sudden loss to his family, friends and to our organization and radio station, which he loved and dedicated so much time to in the last year, is hard to comprehend,”  said Eder, who added that the tragedy is a reminder of “how precious our relationships are and the passions and principles which bind us. On behalf of the ASD board we send our condolences to family, friends and coworkers.”