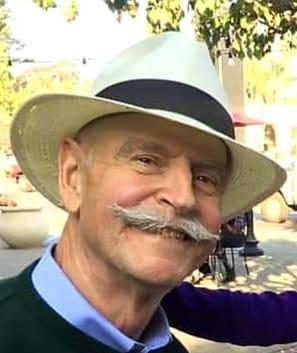 East County News Service
June 28, 2019 (San Diego’s East County) – A long-time leader in numerous civic and business organizations, retired Naval officer and realtor Roger Roberts passed away on June 26th after a battle with leukemia.
“Roger will be remembered as a fierce patriot and advocate for East County,” the East County Economic Development Council (ECEDC) posted on Facebook.
He served as Chairman of both the ECEDC and the East County Chamber of Commerce, where he was also named Ambassador of the Year in 2003.
A retired U.S. Navy commander with 25 years of military service, Roberts worked as  professional realtor for 26 years with Coldwell Banker West and served as Director of the San Diego Association of Realtors. He was also President of the board at St Madeleine Sophie’s Center. In addition, he served as President, Vice President and treasurer of the La Mesa Chapter of Business Network International.
He held a Master of Science degree in management from the Naval Postgraduate School in Monterey, as bachelor of science degree in electrical engineering from the University of Louisville in Kentucky and also attended the University of Florida.
A celebration of life party will be held at the end of this year. He is survived by his wife, Chrissy, and their daughters Lora and Victoria.

Rest in peace Mr. Roberts, That is a great mustache. Serving the community is as good as his service to the USA. .