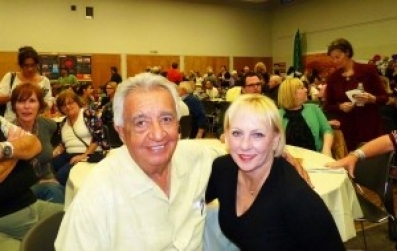 October 3, 2016 (La Mesa) — Deborah McElravy, former board member and president of the Grossmont Healthcare District, passed away on September 19, 2016.

A native of Glassport, Penn., McElravy graduated from Duquesne University in Pittsburgh with a bachelor’s degree in pharmacy. She spent 40 years in the healthcare industry as a practicing pharmacist and over a decade on the Grossmont Healthcare District board of directors, working improve healthcare for the community.

As President, she initiated the renewal lease agreement with Sharp, which was approved by voters with an overwhelming 86.7% vote. She also initiated a free flu clinic at the district’s annual Kid’s Care Fest. But she was most proud of her successful efforts to keep the pediatric unit open at Grossmont Hospital.

McElravy was also known to many in the community as the long-time companion of former La Mesa Mayor Art Madrid.