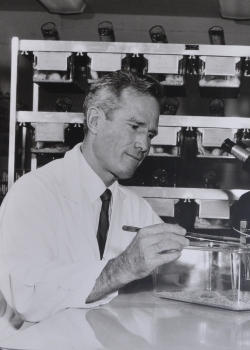 September 11, 2016 (El Cajon) — “We’ve lost another wonderful Foothiller,” the Grossmont  High School museum curators wrote in an e-mail announcing the death of Dr. Robert Hutson Kokernot, 94. Dr.Kokernot was a graduate of the class of 1940 and was inducted into the Hall of Honor at Grossmont in 1967.

He was an assistant director of the Center for Zoonosis Research at the University of Illinois. He received three doctorates, one in veterinary medicine from Texas A&M, one in medicine from Baylor University College of Medicine, and one in epidemiology from John's Hopkins University.  He served as a staff member for the Rockefeller Foundation and was assigned to South Africa and to Colombia,with expertise in tropical medicine. Dr. Kokernot  worked in South Africa for six years and was on the medical faculty of the Universidad del Valle, Cali, Colombia, from 1961-1963. Upon his return to the United States in 1963, Dr. Kokernot worked on research at the University of Illinois.

Here is the online link to his obituary: 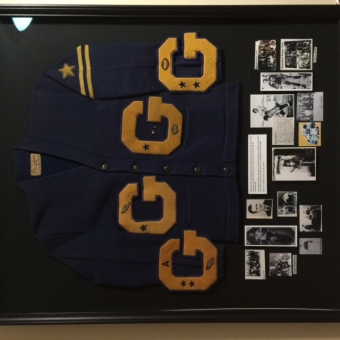 The GHS Museum wrote, “In the past year, Robert shared with us the amazing influence that Coach Jack Mashin had on him;  he donated a Friend tile in honor of Jack.”

His daughter Peggy shared, "I can't tell you what Coach Mashin meant to my dad during a very difficult period in his life.  So often he has told me that he really felt the teachers and staff are what saved him. I think more than his college years, vet school and med school, GHS was truly dad's safe haven where he gained a desire for learning; a desire for knowledge."

Also,Dr. Kokeron was quite interested in the AP U.S. History reports last spring on the Japanese American students from Grossmont who were interned during WWII. "I had a very good friend Sashoti Kida who was Japanese in my class.  He was also the quarterback.  His parents were placed in the internment camps and he fought in WWII," he told theGHS museum,which prepared a special exhibit on the internments and mailed Dr.Kokeron copies of all the student reports.