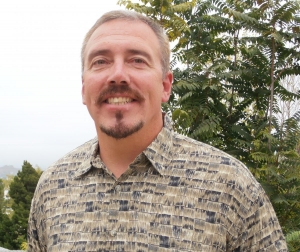 Update: A celebration of life will be held on Oct 16th at Foothills Christian Church at 2 p.m.  Light refreshments will be served after the service. The church is located at 365 W Bradley Ave, El Cajon.

Swainston ran for El Cajon Council in 2012 and had set up a website to run again this year, but did not file candidacy papers as he waged his battle with cancer. In a 2012 interview with East County Magazine, he stated his philosophy that guided him in business and in life: “Communication, cooperation and respect are keys to being a successful leader.”

Born in Waukesha, Wisconsin in 1965, Swainson has lived in East County for the past 32 years and in El Cajon for over two decades.  He graduated from Mount Miguel High School and later obtained a degree in business management.   An avid outdoorsman who enjoyed camping, fishing, and hunting, he was also  a competitive sportsman in motorcycle racing and over-the-line, winning the OMBAC World Championship Tournament in 2006.

Swainston was an active member of the ECPAC Foundation working to save the East County Performing Arts Center, as well as a member of the San Diego Adventure Riders, the American Motorcycle Association, and Foothills Christian Church in El Cajon.

He is survived by his wife of 23 years, Linda, and two children, Braxton and Breasha.  Known to friends as “Tree,” he is remembered by many for his strength and compassion.

A Fundly.com site that had been set up to raise donations for his medical bills is now supporting his family. A statement on the site announcing Swainston’s passing remembers him as “a true friend, and a walk-the-walk kind of mentor” known for his “ magnanimous personality, enduring smile, and herculean strength.”

"Duane was a good man to work with and I already miss him," ECPAC Foundation founder Ray Lutz writes, praising Swainston for his efforts to save the community's theater.

Many remembered him as well on his Facebook page.  Grossmont Union High School District trustee Priscilla Schreiber posted her recollections of meeting Swainston during his Council campaign. “I was so impressed by this gentle giant's sound and practical no-nonsense approach while also exhibiting great passion for his community." She added poignantly, "In loving memory, I'm thinking about planting a tree in the sand on a island and marking it with a rack, ball and bat.”

Duane Swainston was one fine man, at whose passing, many will be saddened. He worked tirelessly for his community, through many ventures that others would not dare to do. Such a role model for others will be missed. We have too few people like Duane Swainston.