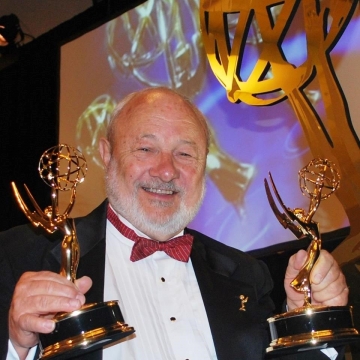 May 9, 2018 (El Cajon) - El Cajon resident Robert D. Gardner, a video producer honored with 28 Emmy awards, died of a heart attack on May 6th at his home.  President of Gardner Productions, he also worked at KFMB-TV, the CBS affiliate in San Diego for 17 years.

Born July 29, 1939, Gardner attended Grossmont College and received a Bachelor of Science degree from San Diego State University in television producing and directing, with a minor in cinematography. He later worked at NATAS and KFMB before founding Gardner Productions in 1978.

He was past President of the Board of Governors for the Television Academy and served as a trustee of the National Academy of Television Arts and Science. He was also a member of the founding Board of Directors of the Automotive Museum in Balboa Park.

Terry Williams, Vice President of Gardner Productions and Executive Director of San Diego Press Club, posted news of Gardner’s passing on Facebook, stating, “I’m so sorry for all of our loss.”

George Lewis, former NBC Today Show news correspondent, wrote, “I've known Bob since college and his passing leaves a huge void in our lives. A gifted filmmaker and photographer, Bob mentored and tutored younger generations of creative people and was a longtime leader in the San Diego chapter of the National Academy of Television Arts and Sciences. "Emmy" is shedding a tear today as are all of us who knew and loved Bob."

Larry Poole, past President of San Diego Filmmakers, wrote, “He was a great man and will be missed by all who knew him.”