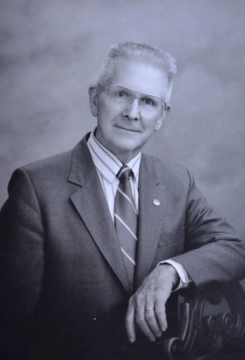 March 17, 2019 (La Mesa) — Shortly after celebrating his 100th birthday, former La Mesa Mayor and San Diego County Supervisor died at his home on March 11th of congestive heart failure. He is remembered as a leader who left behind an indelible stamp on East County and the San Diego region, drawing respect from colleagues on both sides of the political aisle.

“Sad news about a big loss,” Supervisor Dianne Jacob posted on Facebook.  “But George Bailey’s decades of public service in East County and beyond will continue to inspire many of us.”

The La Mesa Foothills-Democratic Club posted, “He lived a life of service to his country, county and city.”

Born in Ohio in 1932, Bailey came to our region with his family during the Great Depression in 1932. He graduated from Grossmont High School ‘s class of 1937 and obtained an economics degree from the San Diego State Teachers’ College (now San Diego State University).  He served in the Army and Navy during World War II, discharged in 1945 as a sole surviving son after his two brothers were killed.

A widower early in life, he married his second bride, Elaine Magdaline Kelly in 1944. They remained together for 70 years, until her death in 2014.

Bailey had supervised aircraft production at Consolidated Vultee before the war. After opening Homeland Florist with his wife, he went to work for Convair and later, General Dynamics and Rohr Industries before becoming a consultant.

The George Bailey Detention Center was named in his honor, due to his support for winning voter approval to fund its construction.  He was also instrumental in preserving the cross atop Mt. Helix, improving traffic in our region, and participating in the San Diego Convention and Visitors Bureau.

Art Madrid, who served as La Mesa’s Mayor for 25 years, recalls Bailey as a “throwback to what people wanted in their elected officials,” the San Diego Union-Tribune reports.  “Even if it was your first time meeting him, you knew this guy was sincere in every aspect. George est the bar for local officials in East County that few have matched.”

His memorial service his tentatively scheduled for Saturday, April 27 at 2 p.m. at Vitsa La Mesa Christian Church (4210 Massachusetts Ave., La Mesa), where he was a long-time member.