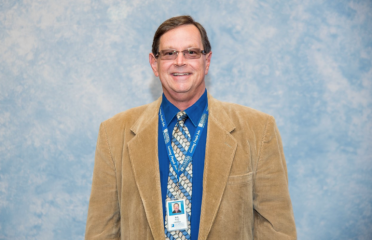 He fell ill in early December with a high fever and chills, according to family members, 10 News reports. He was hospitalized on December 11 but his condition deteriorated. He was placed on a ventilator on Christmas morning, suffering a heart attack later that day.  Last week, he was taken off life support.

Kruse graduated from Helix High School in 1976, according to his Facebook page.  A father and grandfather of four grandchildren, he is remembered by his daughter, Heather Stiles for having a kind heart. “He was the person you called when you needed help,” she said.

Kruse began working for Goodwill, a nonprofit organization, in 1985 loading donations and became Director of Facilities in 2007.

"He was, loyal, dedicated and good man ... He loved the mission and the people," said Toni Giffin, CEO of Goodwill Industries of San Diego County.

His daughter has this message for others: “Wear a mask to protect others from what you may not know you have,” she told 10 News, adding that her father was careful about wearing a mask.

A Gofundme campaign has been set up to help the family with medical and burial costs.