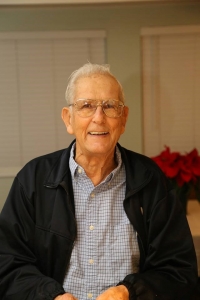 After retiring, Bosma was actively involved in local affairs through the regional branch of the American Association of Retired Persons (AARP), for which he served as the local president and board member.  He also served as the East County Democratic Club treasurer, board member, and voter registration chairman for several years.

Bonnie Price with the East County Democratic Club recalls Bosma as a “gentle giant” who always looked out for others.

Born on August 29, 1930 in Kiehl, Wisconsin, Bosma came to southern California in his youth, where he met and married his wife. He graduated from Kiehl High School in Wisconsin.  He also graduated from Grossmont College in the class of 1985.

He and his wife raised their family near the East County city of El Cajon.  His son David and daughter Darlene, as well as his granddaughter Phoebe Lanz, survive him.

Memorial arrangements are being handled by El Cajon Mortuary and Cremation Service.