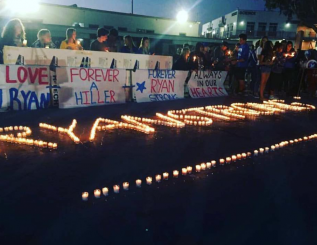 September 7, 2016 (El Cajon) -- A memorial tribute was held Monday night at Grossmont High School to honor the life of Ryan Wilcox, 18, who passed away after a valiant battle against cancer since age 3 and more recently, leukemia.  Ryan’s struggle captured the hearts of people across the community, even drawing Hollywood celebrities to his home in El Cajon.

“We could feel the love and Ryan's strength all around us. Thank you Grossmont High School and everyone who came out to honor our son. We love you all,” his family posted on the Team Ryan Facebook page.

Ryan passed away at his home, in hospice care, surrounded by his family.

The Grossmont High School Museum forwarded a video shown at the memorial service narrated by Ryan’s sister, with this message from the Museum honoring Foothillers: “Ryan's impact on Grossmont's students, staff, and community has been remarkable, reminding us of the incredible courage and heart that is the human spirit.”

A dedicated fan of Marvel Comics, especially Captain America, Ryan was surprised by fellow students in May with a superhero-themed rally at lunchtime including a taped message from actor Chris Evans, star of the recent hit motive “Captain America: Civil War.” 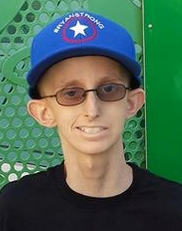 Soon after, co-stars of the ”Avengers” movies, Gwyneth Paltrow, Robert Downey Jr. and Evans mad a surprise visit to Ryan at his home. Then the Grossmont football team named him an honorary team captain.   NASCAR champion Jimmie Johnson also chatted with Ryan on Facebook.

His mother has said that community support “Gave him fuel to keep fighting.”

A donation site to raise funds for Ryan’s funeral costs has been set up here.

On May 7, Ryan posted these profound words: “"Strength doesn't really come from your muscles. It comes from your spirit, and your heart and love.”