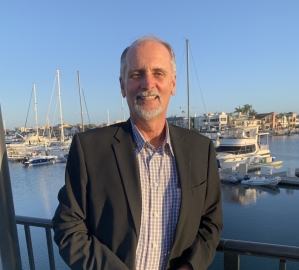 Photo via El Cajon Citizens of the Year

February 1, 2022 (El Cajon) – Pastor Harold Brown overcame homelessness and other hardships to become a community leader dedicated to helping others. As founder and CEO of the East County Transitional Living Center (ECTLC) in El Cajon, he championed programs that have helped thousands of people escape homelessness and find hope instead of despair. Brown was also senior pastor of Christian Fellowship  of El Cajon.

Following a long battle with lung cancer, he was hospitalized last week with pneumonia and passed away yesterday morning.

“I believe he helped more people in East County than anyone else – any elected official, mayor or city councilmember,” El Cajon Councilman Gary Kendrick told ECM.  Kendrick has taken in formerly homeless graduates of ECTLC programs into his own home as tenants, and voiced deep sadness upon learning of Brown’s death.

Councilman Phil Ortiz posted on Facebook that the city “lost a GIANT,” adding, “Few can hold a candle to the impact Pastor Harold Brown of East County Transitional living Center had on all of East County and San Diego.” Ortiz noted that Brown has helped “thousands, if not hundreds of thousands” through the years, with a “ripple effect” that will impact future generations here and across the nation.

Supervisor Joel Anderson stated, “The East County community will be forever grateful to Harold Brown for his work in changing people’s lives. All of us can be inspired by Harold’s heart for helping those in need and putting his community’s needs above his own.”

Karen Pearlman, a journalist with San Diego Business Journal and former long-time East County reporter for the San Diego Union-Tribune, says Brown’s passing is a “tremendous loss to the entire county of San Diego…He was in the truest sense, a mensch,” the Jewish word for a person of honor and integrity.

Evangelical leader and former Skyline Church  Senior Pastor Jim Garlow called Brown’s death, “An enormous loss for so many of us who called him brother and friend,” noting after helping thousands struggling with homelessness and addiction, Brown has “graduated into heaven.”

Born in Portchester, New York in 1957, Brown moved to Florida in 1970. He earned a journeyman plumber’s license and later joined the Army in 1980.  He was honorably discharged in 1984, but after returning to Florida he battled drug and alcohol addictions.

In a 2014 interview with ECM on KNSJ radio, Brown said, “Our motto is providing a hand up,” adding that most who have come through the ECTLC’s doors through the years have been successful in getting off the streets and turning their lives around.

He knows first-hand the struggles faced by those he has mentored through the years, and was once homeless himself, living in a vehicle in Florida.

“Through the ‘80s, I did very poorly in life. I was in prison three times,” he said, adding that his crimes included burglary to support his addiction to drugs. “I came out to California because a judge told me if he ever saw my face again, I would get 25 years to life as a career criminal.”

In San Diego, he succeeded in turning his life around and becoming a role model for others.  He praised Father Joe Carroll for helping him initially.  Brown got a job as a pipefitter at NASSCO but suffered a relapse, passing out after a binge.

“Two homeless people carried me to the San Diego Rescue Mission, where I heard the message of Jesus Christ for the first time and got saved,” he said. He became a maintenance man and ultimately, director of the facility overseeing donations, facilities and thrift stores. He also led efforts to build the Rachel Grosvenor Home for Women.

In 1995, he married his wife, Jacky. They have four children. In 2005, he became an ordained Baptist Minister.

“I came out to East County in 2001 because there was such a need,” he recalled. That led to setting up first a tent near Gillespie Field as temporary winter shelter for homeless people and later conversion of a motel in El Cajon into a transitional living center, with help from the Hamann Companies and the City of El Cajon.

That became the East County Transitional Living Center, which includes both faith-based programs and others.  The facility offers temporary housing as well as long-term programs to help men, women, and families transition off the streets and get help needed such as job training, counseling, and on-the-job experience. ECTLC residents do work for the city, for example, such as street cleanup and setting up for community concerts and other events.  They have also worked at venues across our region, such as clearing brush at Lions, Tigers and Bears in Alpine and working concessions at Petco Park.

He also served on the board of the San Diego Leadership Forum and on the East County Homeless Task Force, as well as in local service clubs such as Rotary, Elks and Lions club local chapters. In 2019, he was named El Cajon Citizen of the Year.

‘When people hit rock bottom and admit they need help, Harold and the East County Transitional Living Center staff are there to outshine the darkness and providing hospitality, healing, and an open door of opportunity,” said Joe Mackey, chair of the Citizen of the Year Committee.  “ECTLS is the transformation choice so that people can refocus and dream new dreams for their lives.”

His death leaves a void that will be hard to fill, but his heir apparent at the ECTLC is Ivan Andujar, director of operations.

Funeral and memorial arrangements are pending.

Pastor Harold Brown, absent in the body, present with the LORD. Your faith-based discipleship program, East County Transitional Living Center (ECTLC), serves a vital, urgent and always essential need. I hope there are many others, like Karrie, Mike and Gary, who heed your call to bring hope, health and wholeness to the lost, wounded and/or seeking. I am very sorry to hear of your passing and send my condolences to the many lives you enriched so generously, wisely and with so much strength and endurance.