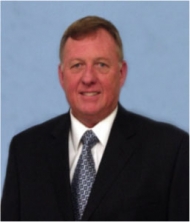 Memorial services set for May 1st at Miramar National Cemetery

His distinguished career as a Navy Captain included managing multi-billion dollar communication satellite programs at the Space and Naval Warfare Systems Command, at the Naval Air System Command, and on the staff of the Assistant Secretary of the Navy for Research, Development and Acquisition. A distinguished graduate of the Navy’s Test Pilot School, he flew 52 types of aircraft and was a NASA finalist to be an astronaut on the space shuttle.

He has served as west coast director for the Navy and Marine Corps Division at AT&T Government Solutions, as former Vice President and Managing Director at the San Diego office of Accenture, one of the world’s largest consulting and management firms, and vice president of Maxim Systems, a defense company. Had had recently joined Mesa Secure and Torrey Pines Technologies as an advisory board member.

He held masters of Science degrees from both the University of Southern California and the Naval Postgraduate school, as well as a bachelor of science degree in aerospace engineering from the U.S. Naval Academy.

Captain Loiselle also served as president of the San Diego chapter of the Armed Forces Communications and Electronics Association.

He retired in 2014 and is survived by his wife, Marilyn and his children, James and Lori.

A memorial served is scheduled for Friday, May 1st at 11:30 a.m.at Miramar National Cemetery, 5795 Nobel Drive in San Diego. Parking is behind the Administration building where a representative will escort attendees to the services.

A reception will follow the service at 12:30 at the 94th Aero Squadron restaurant, 8885 Balboa Ave., San Diego.

Contributions in memory of James W. Loiselle may be made to: