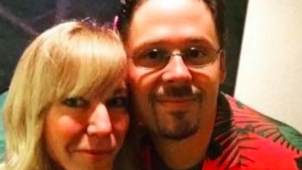 January 11, 2020 (La Mesa) – A 54-year-old woman killed while jogging in her La Mesa neighborhood has been identified by the  county medical examiner as Kelly Lynne Cameron. A GoFundMe site set up to help her family indicates she was a front-line medical worker and athlete.

She was crossing Harbison Avenue in the 4700 block when she was struck by a vehicle. The driver stopped at the scene and 911 was called, according to La Mesa Police, which responded to the scene. Paramedics confirmed her death at the scene.

Her death has sparked calls from some neighbors for traffic slowing to prevent future tragedies, according to posts on social media.

“Kelly was a front line healthcare worker (experienced and talented MRI technologist) and an athlete,” said the GoFundMe description. “She lived her life to the fullest and will be profoundly missed by [husband] Tom [Hovde], their families and everyone whose life she touched.”

Cameron, who went by “Lemon Drop,” was profiled in 2010 as a member of the San Diego Derby Dolls roller derby team, now called Derby United.

Nili Isabelle Ringer Goldfarb, owner of Derby United, told Times of San Diego, “I met Lemon back in the beginning, when she was walking into her derby practices in 2006. I have traveled all over the country with her to play and coach derby. A huge loss for all of us.”

The team posted a tribute which remembers Cameron as “an impressive force in not just the Derby Doll world as a San Diego Derby Doll, but in the larger Southern California roller derby community. Throughout her decade-long roller derby career, she touched many lives as a teammate, captain, competitor, mentor, coach and friend.”

The street links University and El Cajon Blvd. There's a lot of traffic and drivers tend to exceed the posted speed limit.