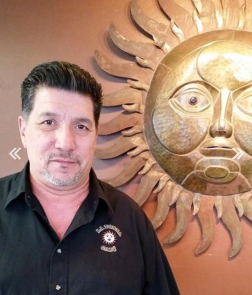 “ A husband, father, brother and friend, Miguel, was beloved by many,” states  a GoFundMe page set up by Rojas’ stepdaughter to help his wife, Felicia, and daughters.  “Many people came to know Miguel through his food and friendship.  Unfortunately, Miguel was taken from the Rojas/Reed family very suddenly and without preparation. Any donations received will be used for funeral services, hospital bills and to support Miguel's wife and daughters. Prayers and condolences are appreciated.”

Donations will be used for funeral services, hospital bills and to support Rojas’ family.

The restaurant, which has served La Mesans since 1994, closed for two days but is now reopened, according to a post on La Torta’s Facebook page which also has this message for customers, “Thank you so much for all your years of loyalty to our restaurant. We ask for prayers for our family at this time of sadness.”

Raul Sandelin, a family friend, has said that Rojas suffered a stroke.

John Warren, a friend of Rojas, lamented the passing of a “dear friend” and posted numerous photos on Facebook. “RIP my friend, “he wrote, adding, “You did great things and shared much love during your time here with all of us!"