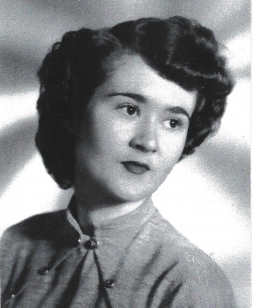 May 9, 2022 (La Mesa) – Mary Genser, 91, passed away on April 20, 2022, following a long battle with dementia and COVID-19.  She was an accomplished artist, long-time La Mesa resident, and mother of East County Magazine editor Miriam Raftery as well as David Genser of Poway.

She was born Mary Evelyn Vick on August 9, 1930 to Thomas Monroe Vick and Artie Ola Snider Vick in Weatherford, Texas. Raised on her family’s farm during  the Great Depression and the Dust Bowl along with her sister, Winnie Ruth Vick, she learned the values of hard work and integrity.

“Life was hard, but life was good,” she once wrote of her early years.

She worked a variety of jobs as a teenager, including at a soda fountain shop and a movie theater. She graduated from Weatherford College and attended North Texas State College. With World War II sending many men overseas, Mary went to work as one of the first women mechanical draftsmen at General Dynamics in the aerospace industry.  In a carpool there, she met Philip Genser and it was love at first sight. 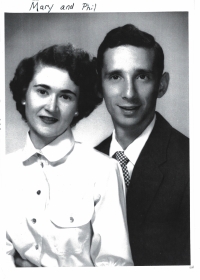 They married in an era when interfaith marriages between a Christian and a Jew were a rarity.  They moved to Huntsville, Alabama, where Philip, an aerospace engineer, was stationed in the Army; he worked with German rocket scientists to help to develop America’s space program.

Mary and Philip moved to San Diego, California and bought a home in La Mesa, California. They were married for nearly 57 years.  They had two children, Miriam in 1957 and David in 1960.

After taking art lessons from Mona Mills, Mary became an accomplished artist, working in oil paints and acrylics. She painted landscapes, seascapes, rural scenes and wildlife. Her paintings and craft items were displayed in galleries, exhibited in art shows and sold to buyers around the world.  She was a member of the Foothills Art Association and won numerous awards for her paintings.

Later she started a business, “Pretty Pots,” creating paintings on pottery and antique metalware. She also authored the “Crafting with Mary” column for East County Magazine at the site’s inception. She also wrote a book of poetry. 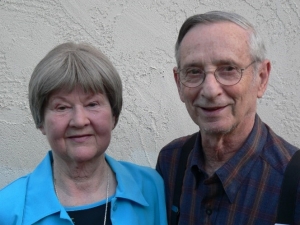 Her husband, Philip, died in March 2008. He was known as “Mr. Atlas” at General Dynamics where he worked for 30 years. Mary and Phil were married for nearly 57 years.

They are survived by their children, Miriam Raftery and David Genser, and three grandchildren, Jason Raftery, Kathleen Raftery, and Linda Genser.

Private services were held on May 3.

Donations in Mary Genser's memory may be made to  East County Media (supporting East County Magazine),  or to the National Wildlife Federation to support wildlife preservation.