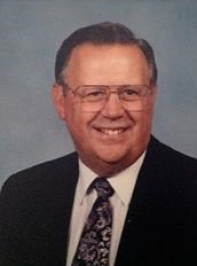 A lifetime San Diego resident, David C. Price was instrumental in the formation and operation of several San Diego area businesses and real estate developments, and was actively involved with various philanthropic ventures benefiting San Diego County. Most recently he lived in Carlsbad and formerly resided on Mt. Helix with his family for over 30 years. He also served for eight years on the Cajon Valley School District board in the 1960s.

Price was born in San Diego on October 21, 1929.  He was a 1947 graduate of Grossmont High School and graduated from San Diego State University in 1951 with a bachelor's degree in chemistry. After serving two years in the Army, he worked in the aeronautical industry for 15 years, including serving as General Manager of Advanced Structures in La Mesa, a division of Whittaker Corporation.

Price diversified his business interests into real estate development in the late 1980s and focused his efforts on a series of real estate projects, including the construction and management of the first commercial building in the newly-formed 4S Ranch Business Park in Rancho Bernardo, and two Senior Living complexes in San Marcos -- Casa Vallecitos and Royal Oaks.

Many area philanthropic organizations have benefited from a trust run for many years by Price and his wife, Mary Ann Price. While in retirement he was a leading fundraiser in the effort to build a local campus for Bethel Seminary. An active supporter of Christian education, Price served on the Bethel University and Seminary board of trustees in St. Paul, MN for 12 years. He also was a loyal supporter of youth activities, including Boys and Girls Clubs of Carlsbad and the Carlsbad YMCA.

He is survived by his wife of 63 years, Mary Ann Price of Carlsbad, and their four children: Dave Price (Michelle) of Oceanside; Debbie Wilde of South Lake Tahoe; Karen Hood (John) of Penn Valley; Ken Price (Barbara) of Valley Center; and his brother Robert Price (Claire) of El Cajon. He was predeceased by his youngest son Ronald, and his sister Margaret Ann Blake. He is also survived by 10 grandchildren (one predeceased) and 12 great grandchildren.

In lieu of flowers, the family requests donations be made in David Price's name to Bethel Seminary San Diego, Carlsbad Boys and Girls Clubs, or Carlsbad Community Church.