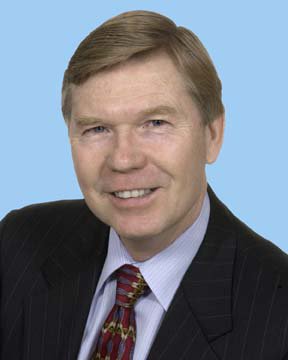 June 21, 2016 (San Diego’s East County) – Rick Alexander, a prominent East County realtor, long-time member of the Grossmont-Cuyamaca Community College District Board, and active member in community organizations passed away June 13th.  A memorial service is scheduled for Saturday, July 9th at 10 a.m. in the Performing Arts Theatre at Cuyamaca College. All are welcome to attend.

Rick Alexander was born April 15, 1946 in New York to Wallace Bruce Alexander and Helen Milton Alexander, and was the youngest of three boys. The family moved to Burbank, California in 1949. Rick grew-up in Burbank and, when he was fifteen, met Joan Budig, the woman who became his wife and mother of his children. In high school, Rick was the ultimate surfer boy and also spent time riding horses with the likes of Ricky Nelson.

After high school graduation, Rick went away to the University of Montana where he studied sociology, worked as a photographer for the yearbook, and participated in the ROTC. During this time, he also took up luge racing and competed at the international level. Upon graduating from college in 1969, Rick became an officer in the U.S. Army and married Joan. The two drove to New Jersey where Rick was first stationed before being deployed to SHAPE, the military arm of NATO, in Mons, Belgium. Rick and Joan lived in Belgium for two years.

Upon returning to the states in 1972, they moved to East County San Diego and began building their lives there. Rick soon took up bike riding and flying Cessna planes. They helped start a family ranch, where they lived and raised cattle for several years. Rick began working in real estate and became involved in local politics. In 1985, Joan gave birth to their first daughter, Megan. In 1988, their other daughter, Karyn was born.

In 1991 Rick was elected to the board of trustees for the Grossmont-Cuyamaca Community College District, where he served as a board member for 20 years. In 1993 he ran for the State Assembly of California. Over the past forty plus years, Rick has worked tirelessly to improve his community through his work in politics and real estate. This included great contributions to the San Diego Association of Realtors and the East County Economic Development Council. All the while, the most important thing remained his family and the friends he considered family.

Ten years ago, Rick found a new passion, outside of work and family, in the kitchen where he became a gourmet-level cook. He found great joy in creating delicious meals and sharing them with others.

Rick was healthy, happy, and enjoying a truly blessed life. Sadly, on June 9 he suffered a stroke at home. Although he got to the hospital and seemed to be recovering, he passed away in hospital only four days later on June 13, 2016.

“His family and friends are shocked and heart-broken. He will be terribly missed by everyone who knew him,” according to a statement issued by family members.

Rick is survived by his wife, Joan Alexander, his daughters Megan Clancy and Karyn Khan, his sons-in-law Bason Clancy and Zack Khan, and his granddaughter Hartly Khan.