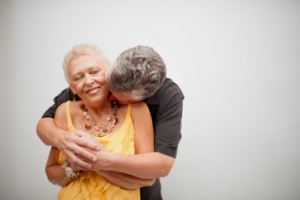 Services set for May 3

April 24, 2013 (La Mesa) -- Carol Garlow, 62, Pastor of prayer and intercession at Skyline Church and wife of Senior Pastor Dr. Jim Garlow, passed away at her home in El Cajon on Sunday, April 21, 2013 after a nearly six-year courageous battle with ovarian cancer. She was comforted and surrounded by her family and close friends.

“She never stopped praying and caring for others throughout her entire journey, right up to the very end of her life,” said Jim Garlow.

She was diagnosed with primary peritoneal carcinoma, a very aggressive form of ovarian cancer in June 2007.  It was then doctors discovered more than 100 tumors, one the size of an orange. Thus began a daily regimen of chemo, radiation and surgeries from medical facilities in San Diego and later, treatment from the Oasis of Hope Hospital in Tijuana, Mexico, along with participation in clinical trials in the nation’s best known cancer research center, MD Anderson Cancer Center in Houston, TX.  On April 16, after treatment options had run their course, she entered hospice.

Her battle with cancer was one of transparency, courage and admiration, a press release issued by the church states. Weekly updates were delivered to the congregation by her husband of 42 years each Sunday morning in services.  The days she was strong enough to attend church were days of rejoicing and filled with love, hugs, well wishes and prayer. 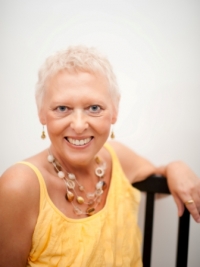 In March when asked about her condition, she stated, “I’m at a place in 2013, where I am having more pain, and having to do even more chemo, and this last chemo is really making me sick. It gives me the feeling that I’d rather be in heaven than have to endure this anymore."

With Carol’s approval, Jim updated friends on his Facebook page – the ups and downs, status reports, sharing medical procedures, and details that stirred emotions to more than 5,000 friends, which were frequently reposted on hundreds of other Facebook pages.  His final post on April 21, 2013 read, “Forty two years ago, we ended our wedding vows with the words, ‘… until one of us shall place the other in the arms of God.’ I just did that.”

Carol Jane Luckert was born in Enid, Oklahoma in 1950 to parents Richard and Vivian Luckert.  She was passionate about the family farm – an official Oklahoma “Centennial Farm,” having been in the Luckert family for 107 years – where she enjoyed horseback riding in the beautiful family pasture along the creek.  By age nine she became the “go to” church pianist or organist, depending on who might be gone on a given Sunday.

Carol graduated as valedictorian from Carrier (OK) High School, continued her schooling at Oklahoma Wesleyan University, being an enthusiastic cheerleader at both.  She later attended the University of Oklahoma, where she contemplated nurses training.

But her passion for music captured her heart.  Carol graduated with a degree with classical music and pipe organ from Westminster Choir College in Princeton NJ.  An accomplished piano teacher, she received training in the Suzuki method of piano instruction at the Manhattan School of Music in New York City, and taught piano for several decades.

The Garlows were married in January 1971, moved to Kentucky and New Jersey for graduate school, and later moved to Oklahoma where Jim and Carol took professorships at their alma mater, Oklahoma Wesleyan University.  After serving together at churches in Kentucky, New Jersey and Oklahoma, the Garlows moved to Dallas-Ft. Worth, TX where Jim and Carol were the founding pastors of Metroplex Chapel (Church of the Nazarene), where they served for 13 years.  In 1995, they moved to San Diego, when Jim became senior pastor at Skyline Church in La Mesa.

In 2005 Carol co-authored with her husband God Still Heals: Answers to Your Questions about Divine Healing.

In 2009, then state Assemblyman Joel Anderson of La Mesa awarded Carol Jane Luckert Garlow the 77th Assembly District “Woman of the Year” Award, in part for her being an inspiration to the community in her fight against cancer.

After serving alongside her husband in ministry for 39 years, Carol was ordained by the Wesleyan denomination July 6, 2010.  In honor of her dedication to ministry and the church, a stone “Healing Wall” in the atrium of Skyline’s new sanctuary, which opened in March 2012, was dedicated to Carol. The wall replicates Jerusalem’s “Wailing Wall,” a wall where parishioners write down their prayer requests and place them in the mortar crevices between the stones of the wall.

She is survived by her four children: Janie Garlow McGarity who became a pastor’s wife, Joshua Garlow who became a worship & music pastor, Jacob Garlow who became a mechanic after receiving training in automotive technology and Josie Garlow, presently a college student and part time worker in Skyline’s prayer ministry.  She also had five grandsons.

“She was my life; my everything,” her husband Jim recently stated.  “For 42 years, we did everything together.  We shared all of life.”

Memorial services are set for May 3, 7:00 p.m. in the auditorium at Skyline Church, in the midst of a non-stop 36-hour prayer vigil beginning May 2, 10:00 p.m. until 10 a.m. May 4, during which time her remains will lie in state next to the Carol Garlow Healing Wall.  This 36 hour prayer time – led by the people who Carol trained in intercession and prayer – is for the encouragement of people in need, in need of ministry.

“This was Carol’s passion.  This is what she would want to have happen,” said her husband.  “This is something she lived out in her life, praying for people to the very end of her life.”