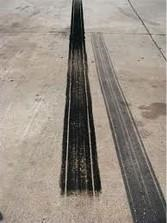 “Due to his level of intoxication, Ruis allowed his vehicle to steer away from a direct course of travel. He over-corrected, causing the Nissan to overturn, blocking the southbound lanes of State Route 67,” said Officer Kevin Pearlstein with the California Highway Patrol.

Ruis sustained minor injuries. He was arrested and booked into San Diego County Jail for felony driving under the influence (DUI) of alcohol.