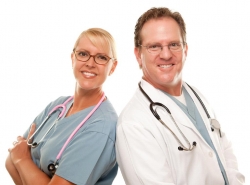 • Health coverage cannot be arbitrarily cancelled if you become sick.

• Children cannot be denied coverage due to a pre-existing condition.

• Children up to age 26 can stay on their parents’ health plan.

• Health plans’ annual limits are phased out over three years.

• Patients have the right to choose their own doctor.

• Preventive services will be available without deductable or co-payments.

• Patients have the right to both an internal and external appeal of insurers’ coverage decisions.

“All of these provisions combined will help our country move to a healthier future,” said Congressman Filner. “People will no longer have to make life and death decisions based on the arbitrary judgment of an insurance company.”

While these provisions make some of the worst insurance industry practices — rescissions, coverage limits, denying coverage to sick children—a thing of the past, Congressional Republicans want to take American families backwards. Nearly all House Republicans have signed on to a bill that would completely repeal these rights, subjecting American families to an old, unstable system where unjust insurance company practices go unchecked.

“The effort to repeal these protections will return us to a time when insurance companies were putting profits before patients,” said Congressman Filner.  Congresswoman Susan Davis (D-San Diego) also voted for the measure.

Not every local member of Congress supports the federal healthcare reforms. Republican representatives Darrell Issa, Brian Bilbray and Duncan D. Hunter all voted against the bill and all three signed a petiition calling for repeal of the new law.

"Repeal the Obama/Pelosi healthcare takeover and replace it with common-sense, free-market reforms that will force health insurance companies to be accountable and transparent while, at the same time, increasing the quality and access of healthcare in America and reducing costs," Hunter's campaign website states.

Despite flaws, according to a bill analysis provided by the House Committee on Energy and Commerce, in Congressman Hunter’s East County district, the health care reform bill will provide the following benefits:

Give tax credits and other assistance to up to 119,000 families and 15,800 small businesses to help them afford coverage.

Improve Medicare for 88,000 beneficiaries, including closing the donut hole.

Guarantee that 10,500 residents with pre-existing conditions can obtain coverage.

Protect 1,500 families from bankruptcy due to unaffordable health care costs.

Reduce the cost of uncompensated care for hospitals and other health care providers by $37 million annually.

Local insurance representatives indicate that while the bill improves coverage for some, its major drawback is the failure to significantly limit how much insurance companies may charge for coverage.  Whether Congress will address this issue with future reforms remains to be seen.