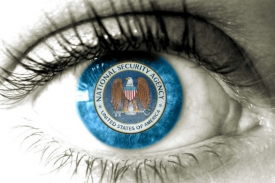 June 1, 2015 (Washington D.C.) – Effective at midnight on May 31st, the Patriot Act has lapsed.  Critics contend that allowing the measure to sunset without passing a proposed reform measure, the USA Freedom Act, puts national security at risk, though some civil libertarians applaud the effort to halt mass collection of data by the National Security Administration.

President Barack Obama asked Congress a year and a half ago to come up with a measure to replace the controversial Patriot Act. The resulting legislation, the USA Freedom Act, had passed the House of Representatives with 338 votes and bipartisan support.  If enacted, the measure would have struck down section 215 of the Patriot Act and prohibited the mass collection of Americans’ phone and e-mail records, while allowing some less controversial provisions of the Patriot Act to be renewed.

During his filibuster, Senator Paul, also a Presidential candidate, stated, “There comes a time in the history of nations when fear and complacency allow power to accumulate and liberty and privacy to suffer. That time is now, and I will not let the Patriot Act, the most unpatriotic of acts, go unchallenged.”

He noted that the NSA’s mass data collections were ruled illegal by a judge in the case ACLU vs. Clapper.

Paul’s success at forcing the Patriot Act to expire with no replacement legislation in place has drawn criticism from both the left and the right.

The White House Press Secretary issued a statement calling on the Senate to “ensure this irresponsible lapse in authorities is as short-lived as possible.  On a matter as critical as our national security, individual Senators must put aside their partisan motivations and act swiftly. The American people deserve nothing less.”

Senate Majority Leader Mitch McConnell (R-KY) has proposed an alternative measure that would allow mass data collection but have phone companies store the data, not the government.

McConnell’s proposal has drawn fire from privacy advocates, and now the four leaders of the House Judiciary Committee –two Democrats and two Republicans—have written a letter stating, “The House is not likely to accept the changes proposed by Senator McConnell.”

So for now, pending action by a divided Congress split not merely down party lines, but among members of the same political party, the NSA’s spying powers remain shut down.

Somebody reported that one is more likely to be killed by a toddler than by a terrorist, and statistics indicate that a bath-tub slip or lightning strike are greater threats than "terrorism." But the "global war on terror" is similar to the "war on drugs". There is so much money in it, so much employment for functionaries and contractors, that it can't be stopped. This is just a mere speed-bump; they will continue to violate the Constitution anyhow.