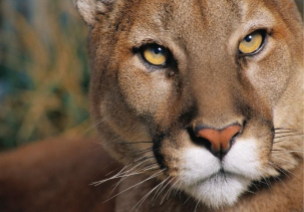 June 1, 2019 (Rancho Peñasquitos) – The Rancho Peñasquitos Canyon Preserve has reopened to the public after DNA testing proved that a mountain lion killed by state wildlife officers is the same one that attacked a 4-year-old boy.
The boy was hospitalized with non-life threatening injuries.  He was attacked while hiking with a group of 11 people when he was attacked around 2 p.m. on Monday, May 27th.
Tests of DNA from the boy’s clothing conclusively matched DNA found under the lion’s claws, California Fish & Game officials report.
The female lion showed no signs of  nursing, though it is unknown if she may have had older cubs.  The lion approached wildlife officers shortly after the attack, showing no fear of humans, unusual behavior that led officials to euthanize rather than attempt to relocate the aggressive lion.
The incident was only the third reported mountain lion attack on record in San Diego County. The others date back to 1986 and 1994.  The only fatal attack occurred in 1994, when a woman was killed by a mountain lion in Cuyamaca State Park.

But generally if they've actually attacked a person they wind up being killed.  If  a mountain lion is simply hanging around too close to, say, a school or a bear is raiding picnic grounds, they will often try to relocate them and hope the problems don't reoccur.

I believe it is against CA state law to relocate a wild animal.