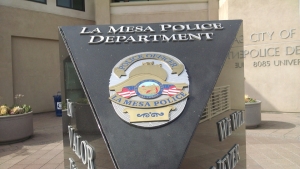 January 27, 2018 (La Mesa) – A 44-year-old man was struck and killed last night by a Ford Taurus while walking southbound across westbound lanes of traffic in the 8500 block of Fletcher Parkway.

La Mesa Police received a call reporting the accident around 9 p.m. The victim was transported to Sharp Memorial Hospital in critical condition but later succumbed to his injuries. His identity is being withheld pending family notifications.

The driver of the sedan remained at the scene and was cooperative; alcohol was not a factor in the collision, according to police.

The investigation is being handled by the La Mesa Police Department Traffic Unit and is ongoing.

This incident is not being treated as a criminal investigation at this time. Anyone with information is encouraged to call the La Mesa Police Department.