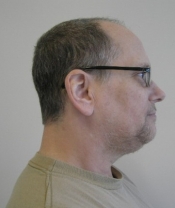 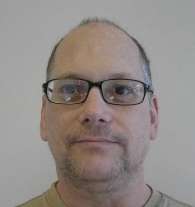 June 17, 2014 (Campo)—The public can submit public comment now through June 23 on a proposal by the state to release sexually violent predator Allen Fields, 48, in Campo.  A hearing will be held on July 23 at 9 a.m. in Department 35 at the downtown courthouse.

Fields, a diagnosed pedophile, was convicted of molesting four male children between ages 10 and 13 over five years starting in 1983. Fields established relationships with each of the boys as either their care giver or as their Boy Scout troop leader.

"Here we go again -- the state is trying to unload yet another monster on a peaceful, family-oriented community. Although this convicted pedophile may have been castrated, residents lose serious quality of life each time one of these predators is dumped in our communities."

In 2000, after serving a 25 year state prison sentence, the District Attorney's Office prevailed on a civil petition to commit Fields to the state hospital as a sexually violent predator. Since that time he has remained in the hospital undergoing sex offender treatment. In March of 2003, he voluntarily submitted to surgical castration.

A decade later, in December of 2013, the court granted Field's petition for outpatient placement, finding that he could be safely released to the community for continued treatment and supervision.

On June 12, 2014, the Department of State Hospitals (DSH) proposed placing Fields at 1138 Custer Road in Campo. Pursuant to Welfare & Institution Code section 6609.1, the public is permitted to comment on the proposed location before it is finalized by the Court following the July 23 hearing.

If you wish to comment on the proposed placement you can submit your comments through any of the methods listed below. The period for public comment will begin June 12, 2014 and end June 23, 2014. The comments will be forwarded to DSH and to the Court for consideration prior to the hearing. Public comment will also be accepted at the hearing.