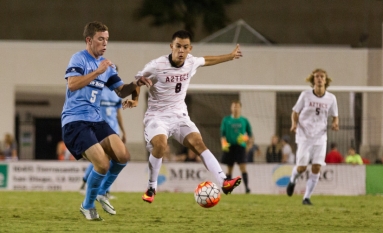 Top Drawer Soccer released four Best XI teams, including a first, second, third and freshman teams all with 11 awardees each. Pelaez is one of just three Pac-12 student-athletes to be on Top Drawer Soccer’s first or second team, joining Stanford’s duo of Tomas Hilliard-Arce and Foster Langsdorf.