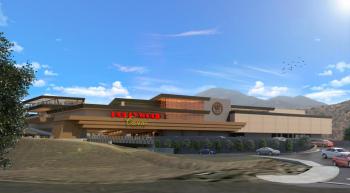 The new property, situated approximately 20 miles east of downtown San Diego off State Route 94, is scheduled to open in mid-2016 and is expected to feature 1,700 slot machines and 43 live table games along with multiple food and beverage options. Mr. St. Jean will also oversee the Company’s efforts to recruit and train approximately 1,000 employees who will serve at the property upon its opening. In addition, he will assume an oversight role at the Company’s Zia Park Casino Hotel & Racetrack, where he will work closely with recently named General Manager Hussain Mahrous to drive continued growth at the property, which saw the addition of a new 154-room hotel in August 2014.

Richard St. Jean served four years as General Manager of Hollywood Casino Toledo, where he led the team credited with the successful May 2012 opening and ramp of operations at the Company’s $300 million facility. He joined Penn National in May 2011 following a 16-year career at Station Casinos during which he served in a number of roles, including President of Native American Gaming, Vice President and General Manager of Development, and a variety of property management roles. Mr. St. Jean’s nearly 30-year career has also included roles at The Tropicana Resort & Casino in Las Vegas, Colorado Belle Hotel & Casino in Laughlin, Nevada, Caesars Palace Hotel & Casino in Las Vegas, and the Waldorf-Astoria Hotel in New York.

Jay Snowden, Chief Operating Officer of Penn National Gaming, commented, “Richard has the ideal background and experience to join the Hollywood Casino Jamul-San Diego team and lead the effort to prepare for the opening of our newest property. Richard’s track record of operational success and team building in Toledo speaks for itself and he has demonstrated his ability to drive excellence across all areas of property operation. In addition, Richard knows and understands the Native American gaming business based on his experience at Station Casinos. We believe this experience is a great match as we establish Penn National’s foundation in a new market while providing the Jamul Indian Village of California the opportunity to become economically self-sufficient.”

The Company also named Frank Quigley, until recently the interim General Manager of Casino Rama in Orillia, Ontario, as General Manager of Hollywood Casino Toledo to fill St. Jean’s position. Both appointments are subject to customary regulatory approvals and are expected to be effective in early June 2015.