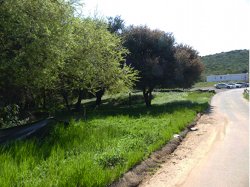 Backers estimate that the proposed project will create an estimated 1,200 construction jobs and up to 1,500 permanent jobs in the area. It is anticipated that construction could commence late this year with completion two years later. Penn National would provide financing and manage the casino/resort upon opening.

The Tribe has indicated that the casino is needed to provide self-sufficiency to tribal members.

“The development and management of a Hollywood-branded casino and resort with Executive Council Chairman Hunter and the Jamul Indian Village will deliver a balance of economic benefits, environmental stewardship and social responsibility,” said Timothy Wilmott, President and Chief Operating Officer of Penn National Gaming. “We look forward to a productive collaboration with the Tribe that will benefit the community, the Tribe and Penn National.”

“We are pleased to work closely with Penn National Gaming, a respected industry leader that brings significant experience, energy and integrity to this important project,” said Tribal Executive Council Chairman Raymond Hunter. “Penn National has a proven track record of development and operation of first-class gaming facilities and its strong balance sheet is an asset to the project.”

He added that Penn “shares the Tribe’s focus on a development that is consistent with the character of the Jamul area. In addition, the Company shares our commitment to be respectful of environmental requirements and local processes inherent to this project.”

Earlier this year, after a tribal environmental review process that the tribe contends was consistent with both the National Environmental Protection Act (NEPA) and the California Environmental Quality Act (CEQA), the Tribe approved and certified the project’s Tribal Environmental Evaluation and Mitigation Plan and is now working with State and County agencies to address potential environmental impacts.

Lakes Entertainment, Inc., which until last year was working with the Tribe on this project, remains a subordinated lender but has no further rights or obligations with respect to the development process or facility management.

The agreements between Penn National and the Tribe have been filed with and are subject to the National Indian Gaming Commission’s review and approval.

Jamulians Against Casinos, a residents’ group that has long opposed the project despite numerous changes to the plans, notes in an e-mail to its members that the project is still far from a “done deal” and that it will still require approval from Cal-Trans, as well as the NationaL Indian Gaming Commission.

The Jamul Tribe has been recognized by federal officials since the 19th century. Jamul Indian Village entered into a Tribal-State compact in October 1999 with then Governor Davis. For more information visit www.jamulindianvillage.com.