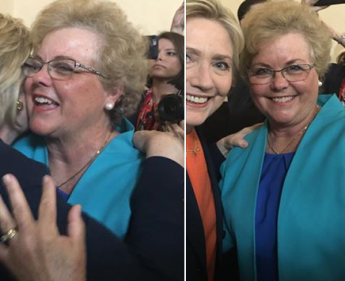 If Clinton succeeds in her quest to become America's first female president, she can thank some powerful women leaders here in San Diego and California, where both Senators Dianne Feinstein and Barbara Boxer have endorsed her candidacy as well.