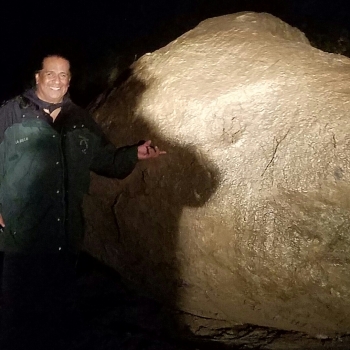 January 23, 2017 (Pala) – “I almost hit this boulder coming home last night from work,” says Tracy Lee Nelson, who reported the obstruction on Highway76 on the La Jolla Indian reservation. “I called 911 and Caltrans showed up and said they can’t move it and ordered the dynamite crew.” 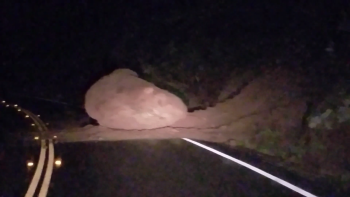 The dynamite crew has since demolished the giant boulder and the debris has been removed.