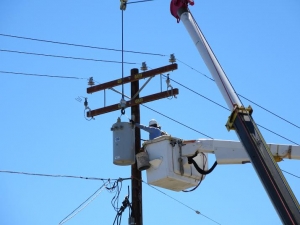 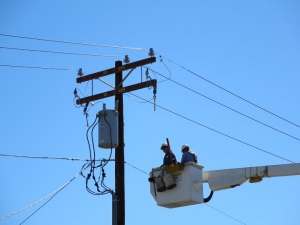 “Performing skilled, choreographed moves, they completed work in the estimated time of about 9 hours - from 7:00 a.m. to nearly 4:00 p.m.,” he writes. “The day became hot, with temperatures reaching nearly 90 degrees by mid afternoon and customers who were without power were relived to be able to use fans and air conditioners to finally cool off as the day ended.”

Gehr concludes, “I’m sure the SDG&E employees were glad to be finished as well. Thank you all, for a job well done!”