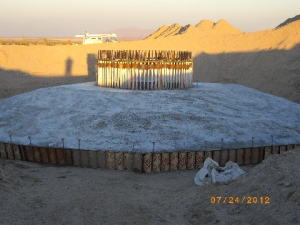 More than 100 turbines, each 450 feet tall, are planned to invade this desert on public land--despite protections under state and federal law intended to preserve the habitat, wildlife and scenery.