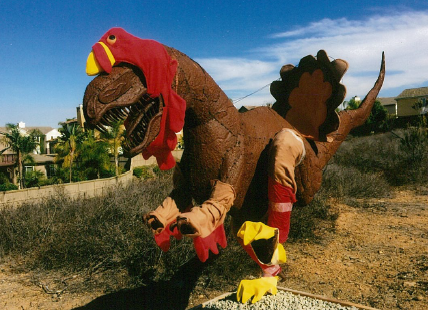 The statue first showed up on the site in September and was adorned with a tutu for Halloween.  What may be next?  An elf or Santa suit?

Phair has said that Toby will remain as a permanent addition in a park that will be part of the new housing development planned on the hilltop site.