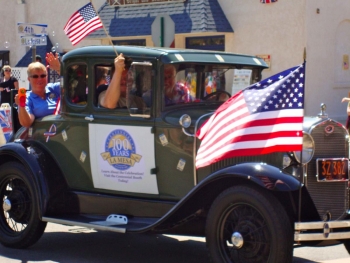 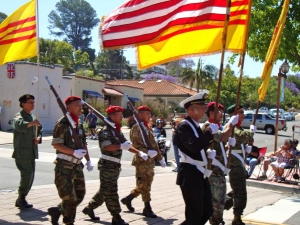 Below:  War Dog on display at Wings Over Gillespie Air Show in El Cajon, where pilot provided an aerobatics show to delight guests. Photo by Miriam Raftery. 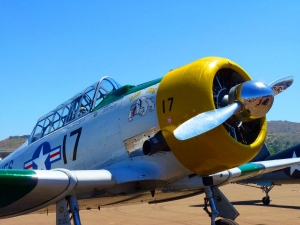 Below:  Army helicopter and vintage MG were among the attractions at Wings Over Gillespie this year. Photo by Miriam Raftery. 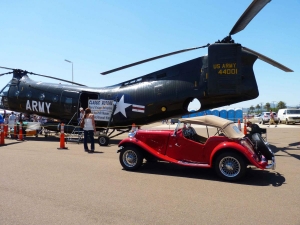